While there are many changes happening quite often with Destiny, this is perhaps the most impactful weapon patch since the game was launched.  Much needed buffs are rolling out, with questionable nerfs on guns that may not actually need it.  This highlights a potential design issue with the game in that Bungie is rolling out updates to entire gun classes, rather than specific guns themselves.  It makes sense due to the complexity and time involved of modifying each gun individually, but with such a massive team full of capable minds, individual changes should have been considered. 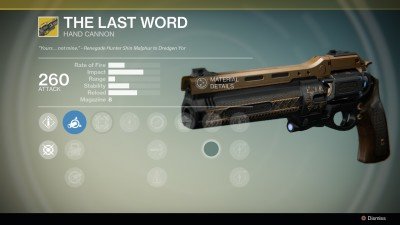 Here are the cliff notes for the weapon changes:

Take it for what you will.  This game is evolving and so are the weapons.  The biggest standouts are the massive pulse rifle buffs, double the damage for shotguns in PVE, and reduced likelihood of getting owned by a fusion rifle from a much longer than normal range.  Guns like Necrochasm are even more useless and shotguns might actually have a purpose in PVE now.  So fellow guardians, are you excited for the changes or dreading what the patch may do your beloved The Last Word hand cannon?

The full list of changes can be viewed here:

Nothing much to say here.  You probably clicked on this because you want to see the video.  Needless to say, a ton of information is hitting the Bungie forums and Destiny subreddit so be sure …

Asus has officially announced the new ROG Strix GL502VT gaming laptop.  The teaser video lacks significant detail, so please read on to learn more about the specs and rich featureset.  The launch of a new …