Lexus continues to fire on all cylinders as each new model or update to an existing model is released.  In the last three years, we got the Lexus NX compact SUV, the RC coupe, a GS F variant, the all new LC, and more.  To continue with this onslaught of high power and high efficiency vehicles, Lexus decided to address both sides of the coin with the new 2018 Lexus LS.  Gone is the old V8 (some may be sad about this) but in is the new 3.5L twin-turbo engine, mated to a 10 speed transmission.  The car is longer, wider, and more aggressively styled.  It’s expected availability is late 2017. 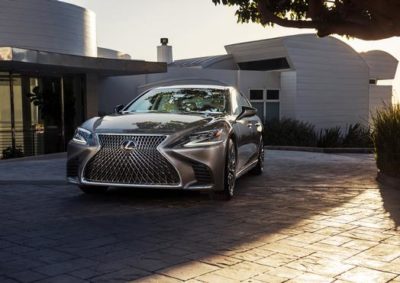 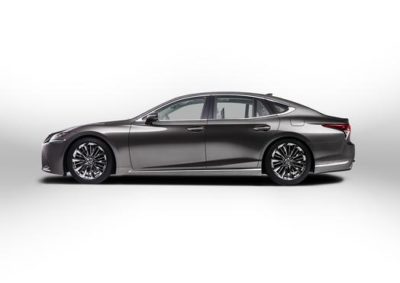 Engine and Drivetrain:  Let’s start with what excites me the most about this particular car (now).  Some may be upset to hear that the tried and true V8 that’s powered the LS for quite some time is gone.  I think most however will welcome what the new twin-turbo 3.5L V6 brings to the table.  For one, it makes more horsepower and more torque.  The torque is available at a lower rpm as well, so the car will want to accelerate with less effort when driving around town or on the highway.  Unlike high powered turbo 2.0L four-cylinder engines, this V6 should still make enough power without turbo boost to accelerate from a stand-still in traffic without causing any worry.  To make it even easier to get off the line, the Lexus LS now features the new 10 speed transmission first found in the LC 500 released late last year.  This particular transmission is interesting, much like the 8 speed units found in the RC F and GS F.  It’s a standard auto in a sense that it has a torque-converter and which allows for a smooth, Lexus-like take off from a standstill.  There’s no jerking around in a parking lot or in short stop-and-go situations.  This is very important to Lexus and most luxury buyers.  Secondly, once in modes like Sport S+, the transmission becomes much more aggressive in gears 2-10, shifting very similar to a dual-clutch system.  I’ve driven the RC F and GS F extensively both on streets and on the track, and the shift times are damn near instantaneous. Although I have not driven the new LC or LS yet, the 10 speed transmission somehow improves on the shift speeds even more (I’m taking a couple tenths of a second total).  So what does all this mean?  It means you have a bonkers 0-60 mph time of 4.5 seconds on a standard LS.  This is the same car that you can pick up your parents in from the airport and offer a posh quiet ride home to de-stress.  It also means you have improved fuel economy in the city and highway, also thanks to the new chassis and aero design.  One last thing to note, paddle shifters are also available if you want a little more control over the drivetrain.  Rear wheel drive is standard, with all-wheel drive as an option.  Final numbers:  415 HP, 442 lb-ft of torque. 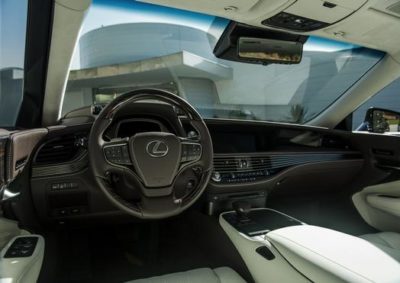 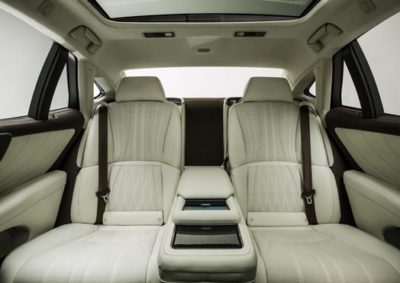 Interior and Safety: Just when you thought the engine was the best part about this car, holy cow does the interior come through with a bang.  Adorned with Japanese Shimamoku wood for certain trim models, this too is also completely new.  Unlike some other Lexus’s where the speaker system is used to augment engine noise to make it sound sportier, the system in the LS is designed to reduce engine noise by using Active Noise Control.  The interior has always been one of the quietest in its class so this takes it to a whole new level.  What is perhaps my favorite part about the LS interior is the new infotainment system.  Although it was never bad, the in-car infotainment system has always been one of the weakest points in an otherwise stellar car.  Not to leave any component left untouched, the new system features a 12.3″ wide screen that even accepts handwritten inputs.  Audio is provided by the Mark Levinson audio system with an optional 3D surround that utilizes in-ceiling array speakers to fill the sound stage.  As an optional feature, you can also elect for a color heads up display.  Most heads up displays are monochromatic.  Lexus not only brought a color HUD to their lineup, but they brought the largest HUD for any production vehicle at 24-inches wide!  Front seats feature 28-way adjustability with heating, cooling, and massage functions.  If you elect to have the rear seats also feature heating, cooling, and massage, expect an ottoman style leg rest to come with it.  Not to be outdone by the front, rear occupants are also treated to reclining seats with a feature rich center console loaded with cupholders, a touch screen for climate and seat controls, along with their own storage compartment.  Ambient lighting covers the last bit of ambiance necessary for a truly relaxing ride.  I don’t think anyone would complain about riding in the back seat if you picked them up in this.  Adding a piece of mind is the Lexus Safety System+ along with the new Advanced Safety Package, which features the world’s first Intuitive Pedestrian Detection with Active Steering within the lane.  The car will check for pedestrians ahead and if it thinks there’s an imminent collision, it will automatically brake and potentially steer around the person while staying in the lane.  The HUD will also alert the driver. 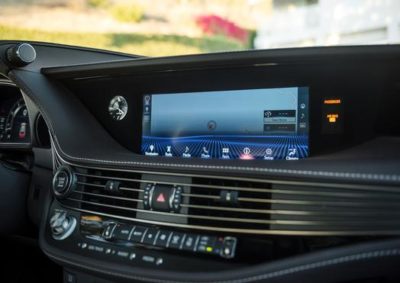 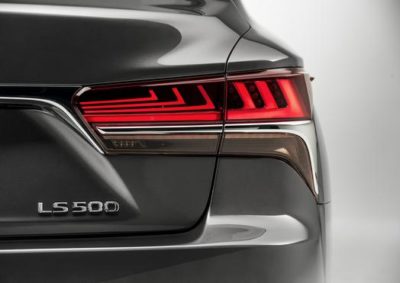 Exterior and Chassis:  Built on the brand new GA-L chassis, which is currently only shared with the new LC 500 coupe, the new Lexus LS handles as good as it looks.  The new chassis is stiffer, lighter (by 200lbs), and stronger.  This makes the vehicle better on gas while still providing a better handling experience and increased safety.  The car sits lower and wider than ever before.  So much so, that you can equip an optional air suspension to assist with getting in and out, along with adjustable rear seats to aid entry and exit as well.  I think this part is important because while electronic assists are nice, they are designed to enhance a chassis, not replace one.  I’ve loved the new IS, GS, and RC cars because the chassis have been stiff and capable.  So with this much of an improvement, I can only expect even more.  Not to leave the new chassis as is, Lexus has introduced the latest chassis control technology called Vehicle Dynamics Integrated Management (VDIM).  VDIM works by controlling all of the vehicle subsystems including braking, steering, powertrain, and suspension.  The intent is to provided exceptional handling, safety, traction, and comfort. 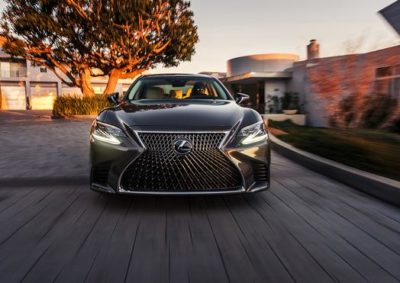 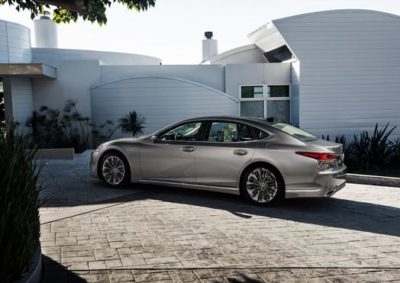 Closing:  The new LS will go on sale at the end of this year for a base price in the mid 70s, topping out to the low 80s.  Expect to see a small variety of colors (both inside and out), and a hybrid option soon after.  We’re excited to drive this new generation and I can’t imagine being let down in the slightest.  Stay tuned for a video review and real world feedback.

The mouse that does it all… Steelseries isn’t new to the game.   In fact, they are trend setters.  Having been regarded as a quality leader in multiple segments, it should come as no surprise …

It’s befitting that the ominous and aggressive looking Lexus RC F is associated to a stylish comedy like Men In Black: International.  The Lexus RC F exudes brute force in both the sheet metal and …