The Nvidia GTX 770 is one beast of a GPU.  Granted this isn’t as fast as a GTX 780 or Titan, bot those are priced much higher, $650 and $1000 respectively.  This card is based of the GK104 just like the GTX 680.  The reference model GTX 770s ship with a base clock of 1046MHz which is up from the 1006MHz found on the 680.  The largest difference comes from the RAM speed.  Nvidia stuck with the same 256 bit memory controller (a potential bottleneck for high resolutions and multiple screens) but increased memory speed to 1752 MHz (up from 1502).  The higher memory speed yields a 7 Gb/s bandwidth.  This helps it keep up with the AMD 7970 and its 384 bit memory controller.  There are 1534 CUDA cores on the new GTX 770, just like the 680.  I unboxed the Gigabyte GTX 770 Windforce 3X card and have the video listed below.  I go into further detail about the cards features as well.

It’s not just the slight performance increase over the 680.  It’s the price and overclockability.  The new graphics card ships with a 230W TDP instead of the 680’s 195W.  This better supports the higher frequencies and stability.  On top of this, Nvidia set a base price of only $399 MSRP.  So if you were considering dropping $450 for a GTX 680 (Why?), or an AMD HD 7970 GHZ ($420-450) this deserves a serious consideration.  Another big plus comes from their driver support.  Nvidia is known to have frequent and relevant driver updates.  When games like Battlefield and Crysis ship, you know your card will work right away.  AMD has made some serious progress with their new Catalyst drivers (12.5 and 12.6) so in some benchmarks they are actually faster.  If you’re planning on using two graphics cards then stay with Nvidia SLI for now.  They consistently perform better with regards to frame stutter and minimum frame rates compared to AMD’s Crossfire.  I always advise that you check for game specific benchmarks before you make the plunge.  If you’re playing Tomb Raider and Hitman then stick with AMD.  Battlefield 3 and Crysis favors Nvidia in most settings. 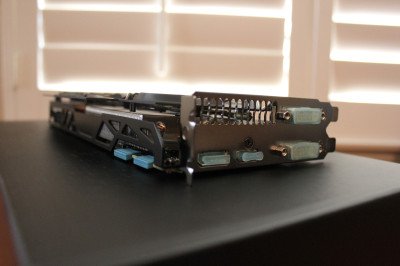 If you need a new card and have the money to spend, then go with the GTX 770.  If you already own a 7900 series from AMD or a 670/680 from Nvidia, then I would hold off until the 800 series from Nvidia and the 9000 series from AMD at the end of the year.  I’ve used a Radeon 7950 Boost edition from XFX and the Gigabyte GTX 770.  I can’t find anything to complain about.  Sure with 3 screens the 7970 GHz might have been a better choice.  But now I have CUDA for my game recording (Action! game capture supports CUDA), and Physix for games like Hawken and Borderlands.  Having the latest and greatest is always a plus.  I used the GeForce experience software and it automatically sets what Nvidia feels is the best performance for each game and your particular rig configuration.  Not every game works but it’s a great tool to have and is relatively light on resources.

This was done with the following hardware: 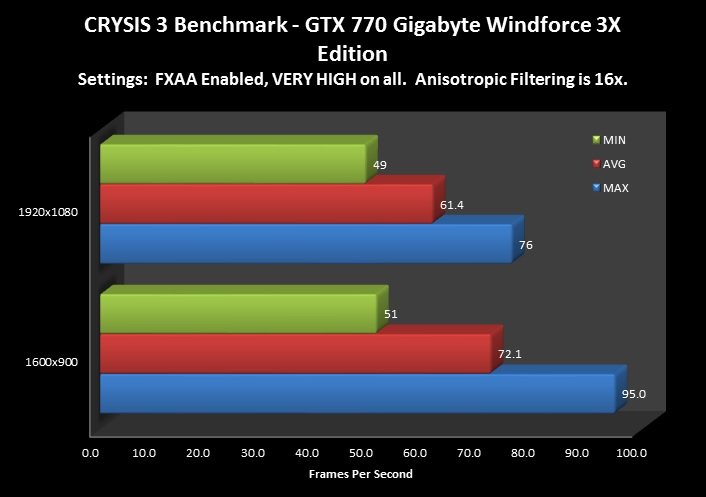